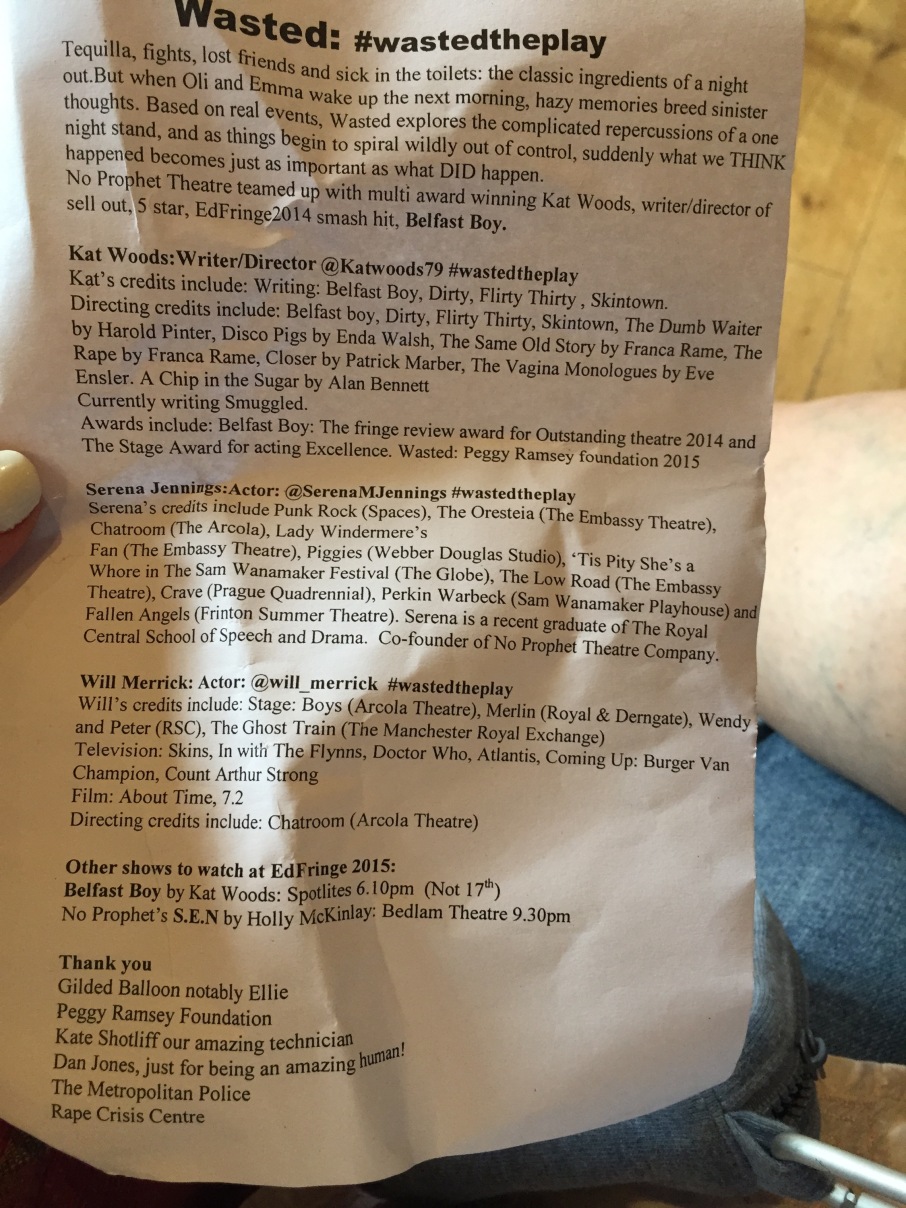 Wasted was the first thing I saw on my third day at the Fringe. Today, the Sunday, would be a Gilded Balloon, Bisto Square day.

At first, when we entered the theatre, I thought that the production might be an experimentation with immersive theatre in a tiny space. The audience is invited into the nightclub, to get a bit of a feel for the atmosphere that is the start of a night out that becomes ambiguous and has horrendous consequences for the two protagonists.

Will Merrick and Serena Jennings play all the characters, but the focus is on Oli and Emma, who end up going home together after a drunken night in the club.

I really liked the way the play presented the action from various viewpoints, and that at times certain moments are repeated so that the story of the night is pieced together.

The play explores a grey area in terms of sexual consent. Here Kat Woods explores some of the same territory as Gary Owen did in Violence and Son, recently at the Royal Court. Though both pieces don’t set out to take sides, there is a sense that we are asked to consider what can happen to men where things are not clear. That is slightly problematic in my view.

‘Wasted’, the title of the play, clearly has several meanings. Firstly, to be very drunk, and secondly to waste a life through one stupid mistake (though the first definition of wasted has a lot to do with that). The ending is left ambiguous, but I felt that the whole point was the title ‘Wasted’ and the horrific consequences of getting so drunk that neither of the two main characters can really remember what happened the next day.

Afterwards, a reviewer waited for me to ask me what I thought. Maybe he thought that an older person might not get the play, and wanted to check.

I enjoyed the production because it did make me think. It was well acted, and the writing was superb.